The Hollywood Vampires have released a new video for ‘I Want My Now’ and have announced shows in Europe for next August and September. The dates are below. Pre-sale and VIP Tickets go on sale tomorrow at 10AM local time.

Blue Coupe’s new album ‘Eleven Even’ apparently sold on on CD in just 20 minutes, but you can get the digital download at CDBaby, and more physical CDs should be available shortly!

‘Hour Detroit‘ has an few words with Alice on "Why he’s proud to be a Detroiter" while the Greenville Journal has a slightly longer chat.

Ceative Loafing have a review of the recent Clearwater show here, with photos here, while the Sarasota Post has a review as well. KNAC have a review and photos of the Orlando show.

Ryan Roxie has released a new lyric video for ‘Nevermind Me‘ from his ‘Imagine Your Reality’ album. There will apparently be three different videos for the song with two more soon!

The ‘Drifting Podcast’ has a new hour long interview with Shep Gordon which you can listen to on YouTube. 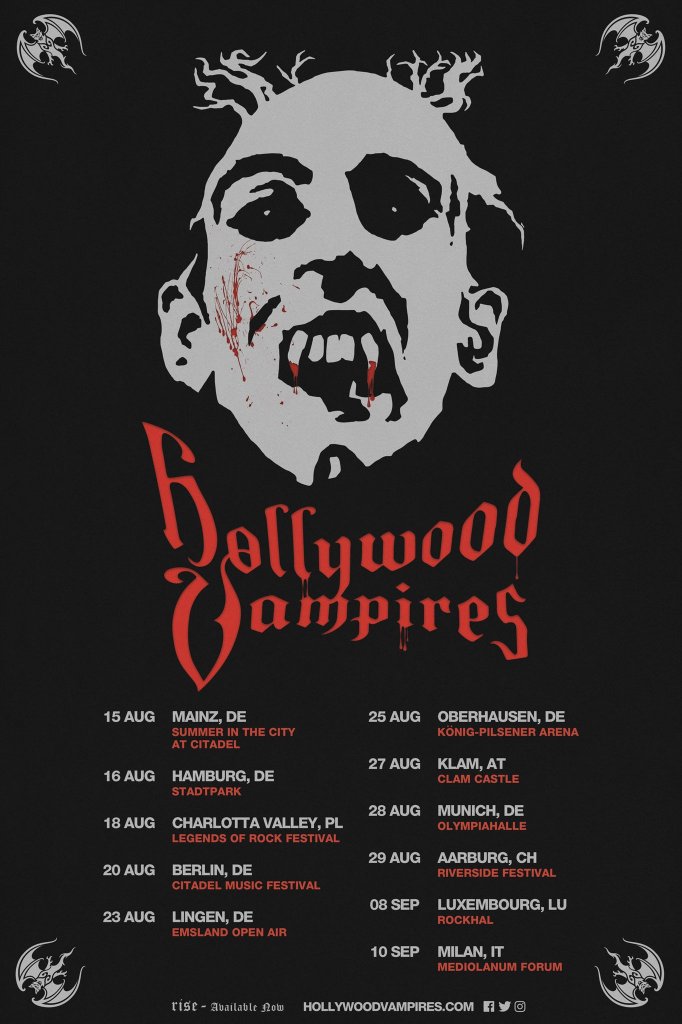