The Hollywood Vampires have announced four UK dates for next September with pre-sale and VIP tickets on sale tomorrow followed by a general on-sale on Friday. Support seems to come from ‘Primal Scream’. The dates are as follows: 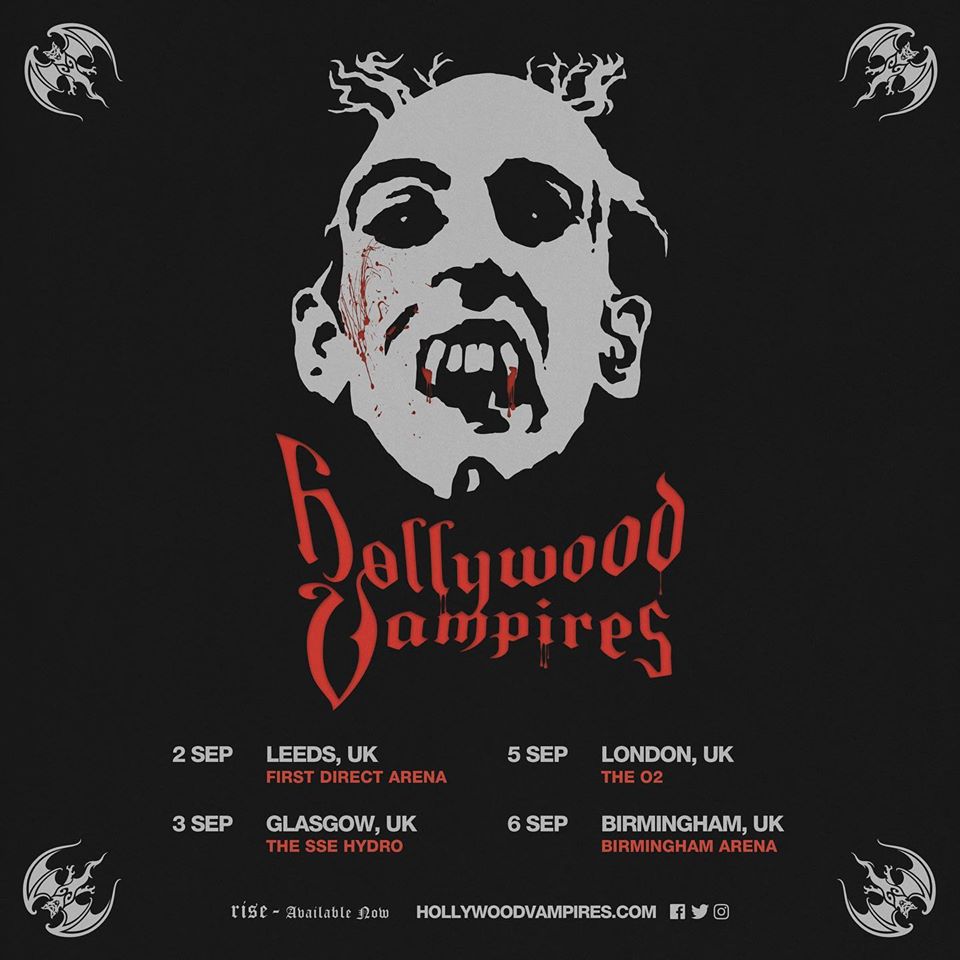