It has now been confirmed that Alice Cooper will appear at the upcoming ‘Fight Fire Australia’ benefit show at the ANZ Stadium in Sydney, Australia on February 16th along with Queen + Adam Lambert, Olivia Newton John, John Farnham, Icehouse and a host of other Australian stars. The show aims to raise substantial funds to combat the horrific fires currently sweeping the country. Alice’s participation is not big surprise, it’s been speculated ever since the show was announced because he’s already playing a show in Sydney the night before, as are Queen, who are playing the same venue and have presumably offered their stage and equipment for the event. The actual format for the show has yet to be announced, as has the question of whether the show will be televised either in Australia or elsewhere.

There’s also a new show announced for Niagara Falls, ON on March 31st at the Fallsview Casino Resort. Tickets go on sale this Friday. 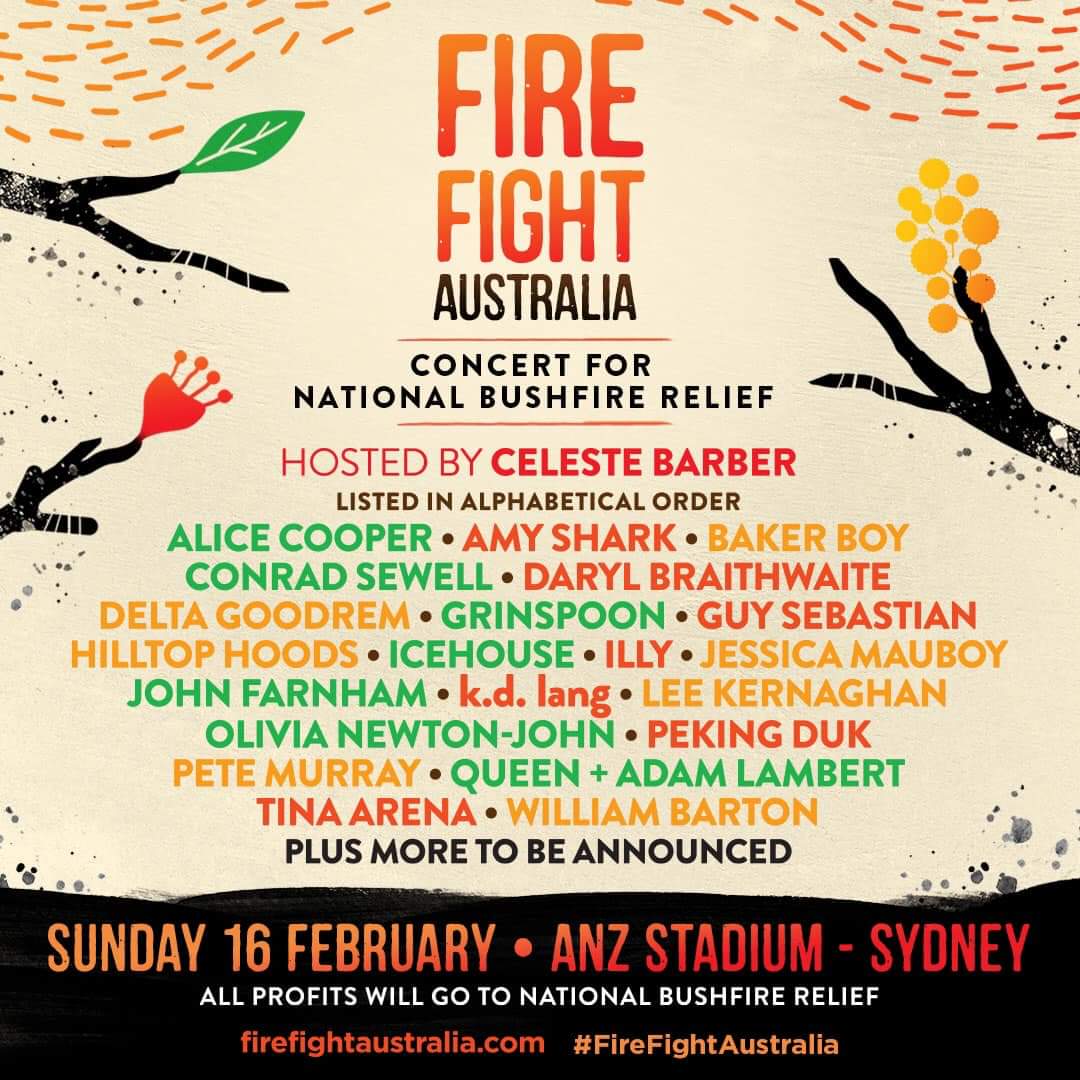