Alice Cooper has released a new “campaign” video for the classic track, “Elected.” The new video features call-backs to the original 1972 music video, in which Alice Cooper first announced his “candidacy” and the formation of the ‘Wild Party’. There’s also a range of ‘Elected 2020’ merchandise available now.

In addition to Alice’s Fantasy Camp chat the legendary Shep Gordon is also holding a ‘Rock’n’Roll Fantasy Camp Masterclass’ on October 20th with a portion of the proceeds going to the ‘Maui Food Bank’. There’s only 25 places available to join in live, which have sold out, but you can still join the live stream for this special event and you can get tickets now here. 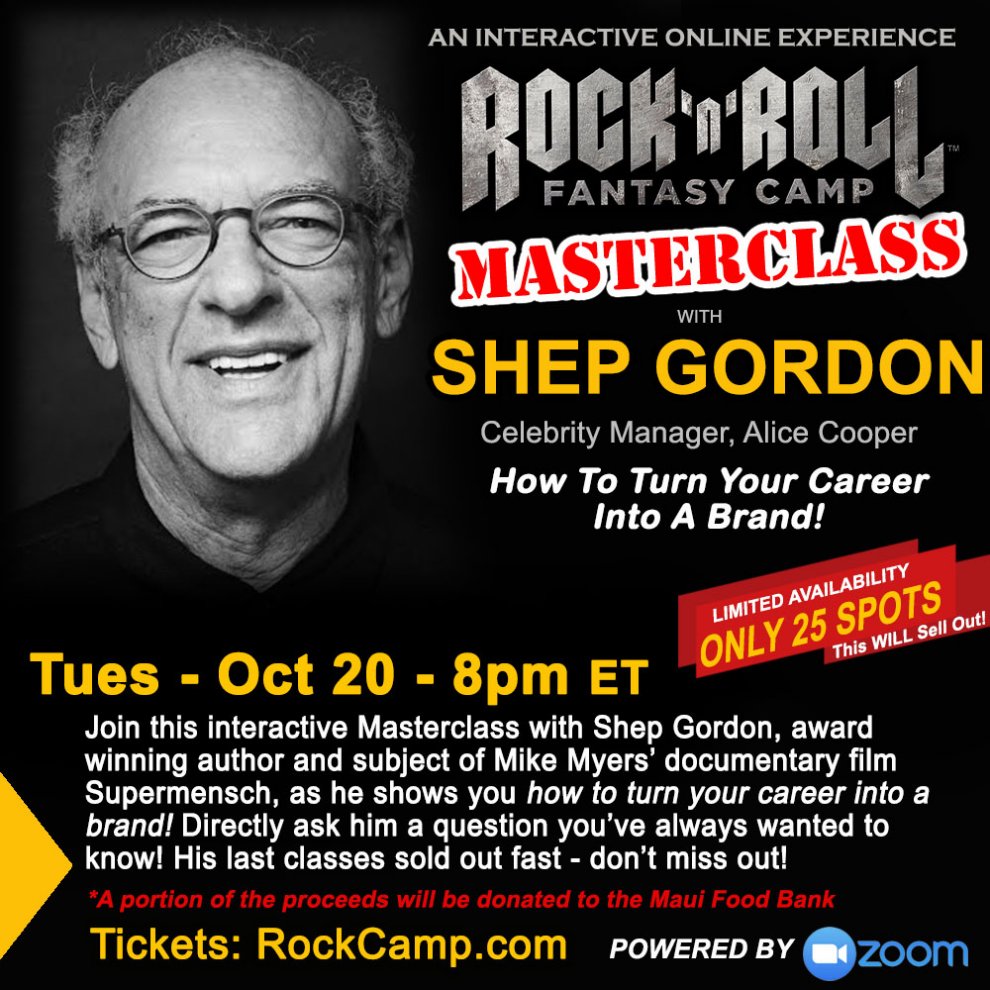