Alice Cooper has been announced as the headliner of the ‘Monsters Of Rock Cruise: Operation Monster Beach’

Alice Cooper has been announced as the headliner of the ‘Monsters Of Rock Cruise: Operation Monster Beach’ which is set to take place between May 26th and 31st 2021 in Punta Cana, Dominican Republic. Other bands scheduled to play include Winger, Beasto Blanco, John Corabi, Electric Boys and LA Guns among many others. Tickets for the shows go on sale on December 1st at 2pm eastern time. It’s safe to assume that this is all subject to the pandemic situation in May, and how safe you think it will be by then! For full info on the event check out monstersofrockcruise.com.

The early 70s movie ‘Diary Of A Mad Housewife’, which featured an early film appearance by the Alice Cooper band, is due to be officially released on DVD and Blu-Ray on December 15th. While there have been unofficial releases in the past (apparently taken from an old VHS copies) this seems to be the first proper release on DVD and Blu-Ray. It comes with a audio commentary track.

Ultimate Classic Rock has a short chat with Calico Cooper about the period of time she joined the ‘Brutal Planet’ show in 2000.

‘Rock Meets Classic’ have released footage of Alice and Tommy Henriksen performing ‘Bed Of Nails’ back in March, before the tour collapsed due to the pandemic.

Ryan Roxie was on ‘TalkCulture’ earlier today and you can watch the hour long show on YouTube. 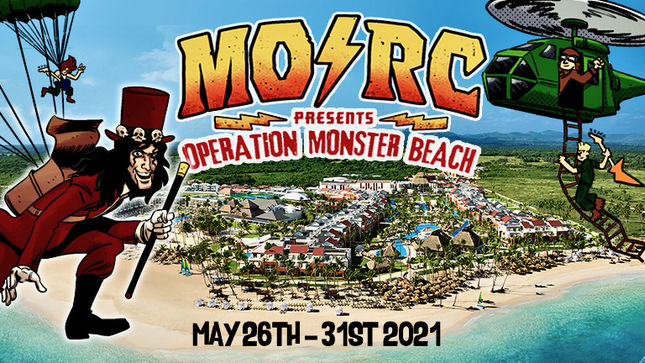