The one and only Michael Bruce will be Ryan Roxie’s guest on the first ‘In The Trenches’ episode of the new year. The show will air on January 5th at 5pm UK time/12pm EST via facebook and YouTube

‘A Paranormal Evening At The Paris Olympia’, the 2017 footage included in the forthcoming ‘Detroit Stories’ box set, appears to be airing on German TV’s 3Sat on New Years Eve
at 1AM local time. Unfortunately it’s likely to be geo-blocked outside Germany, but they do have a watchable trailer for the film on their site.

Nita Strauss was on ‘Rob’s School Of Music‘ discussing her solo material, Fitness and being on the road with the Alice Cooper band.

Calico Cooper turned up on Portland TV channel KATU2ABC chatting about Beasto Blanco and growing up with Alice as a father.

Alice, Slash and others turn up in a trailer for the forthcoming ‘Rock and Roll Fantasy Camp’ documentary ‘Rock Camp: The Movie’ which will receive a ‘virtual cinema’ release on January 15th before going to on demand from February 16th. 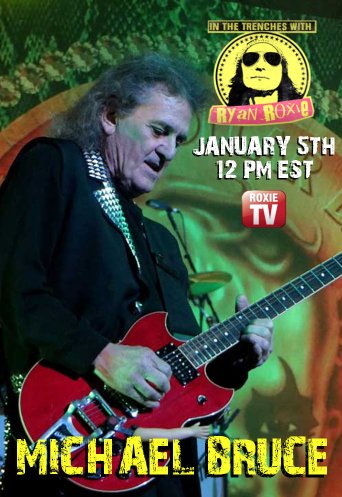