Alice Cooper on US TV This Week

Alice Cooper will be the subject of ‘Breaking The Band’ on ‘Reelz’ TV Channel in the US this Sunday (Aug 22nd) at 9PM EST. It looks like it will be a basic documentary with various ‘talking heads’ discussing AC history, although going by the trailer it looks like it will concentrate on Alice alone and not the band. You can see the trailer here.

In other US TV news Alice will be back on ‘Counting Cars’ as the new season began this week. You may remember at the end of the last season Alice appeared and brought one of his cars to the custom car garage for work. This new episode will show the results. The new season starts on August 25th and it would make sense for this first episode to conclude the AC story. You can see a trailer for this here.

Alice appears on the front cover of the latest Sept/Oct issue of UK mag ‘Sorted’ with a 6 page article inside which is manly about golf and religion.

Ryan Roxie makes an appearance on the new single by Swedish band ‘Fans Of The Dark’
called ‘Escape From Hell’. You can find the song here.
There’s also a a new MetalSludge interview with Roxie available here. 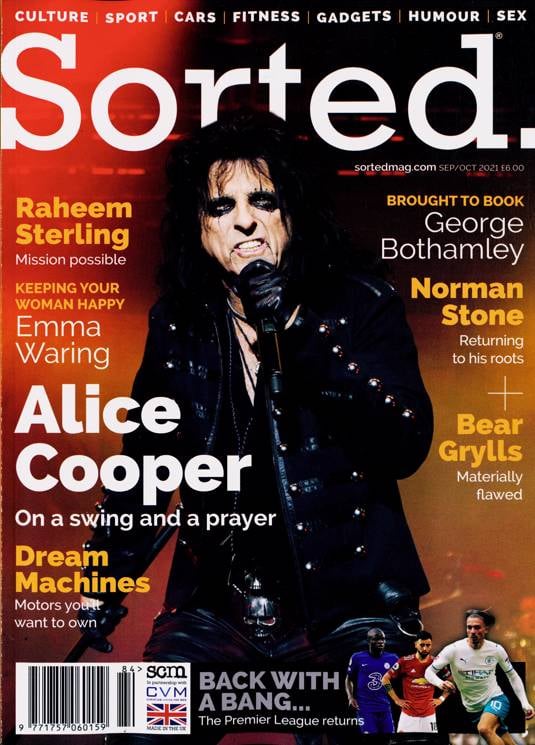