The Clearwater show mentioned in the last update has now been confirmed along with seven more shows for the beginning of next year. The dates are as follows and tickets go on pre-sale tomorrow with general on sale on Friday.

Also confirmed is this years Christmas Pudding show which will take place on December 4th at the Celebrity Theatre in Phoenix with the acts appear yet to be confirmed.

Vevo have a series of videos, mainly from Trash, Hey Stoopid or The Last Temptation, with Alice giving short introductions. You can see the full playlist here.

If you have Apple music Alice co-hosts show 303 of ‘Rock Classics Radio with Jenn’ which you can find here. 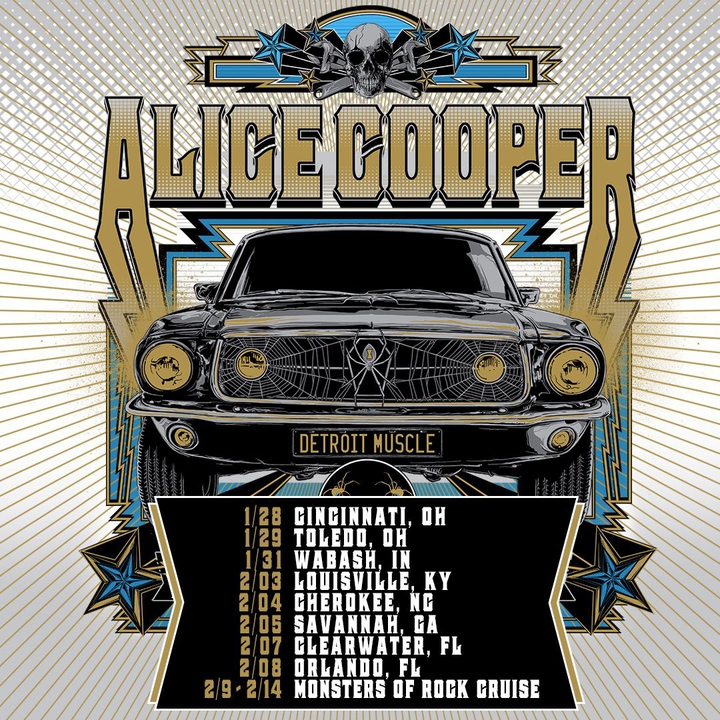