Alice Cooper will appear at the ‘Rock In The City‘ festival in Kuopio, Finland on June 10th. Tickets appear to be on sale now. Also appearing on the same day are Uriah Heep, Lordi and Michael Monroe among others.
UPDATE: This seems to have been changed to the 11th.

Alice will also be the subject of the next episode of ‘Frontman’ on the Reelz channel in the US which airs on Sunday at 9ET and 11PT.

You can watch Alice’s Q&A from last weeks ‘Monsters Of Rock’ Cruise over at Blabbermouth. The MOR show saw some differences to the normal tour shows, in that there was no castle stage set and it appears no guillotine either!

There’s a new interview with Alice from BBC Radio Scotland which you can check out on YouTube.

I haven’t seen many reviews from recent shows but Creative Loafing have covered the Clearwater show with some great photos.

Shep Gordon is the subject of the Gibson TV ‘Icon’ web show which you can watch here. There’s plenty of Cooper coverage.

Nita Strauss is on the bill for this years Aftershock Festival in Sacramento, CA on October 7th. Also playing are Kiss, Judas Priest and Lamb of God. 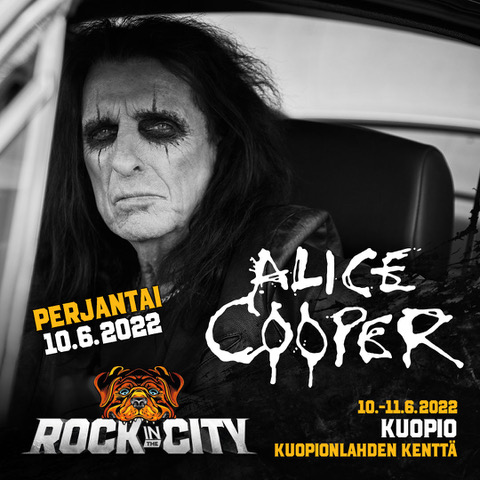