Firstly a correction. The Finland show mentioned in the last update appears to actually be two shows in Finland. The ‘Rock In The City’ festival appears to be taking place in two places, and Alice Cooper is scheduled to play at both locations. The correct dates appear to be June 10th 2022 in Vantaa, Finland and June 11th in Kuopio, Finland.

In addition to the Finnish shows there is now an additional show on July 6th in Athens, Greece at the Olympic Stadium, as special guest for The Scorpions.

Alice’s recent appearance on the Eddie Trunk podcast is available now on Spotify. You can also listen to Alice’s appearance on Freq 90.5 FM yesterday at Speaker.com.

There’s a new interview with Chuck Garric at Metal-Rules promoting the new Beasto Blanco comic book, during which he says the new Alice Cooper album is well on it’s way with most of the instrumental tracks recorded. It’s likely a release is a fair way off yet though.

Ryan Roxie will be on ‘Reignite with Cathy Grant’ webcast on march 12th, and you can set a reminder for that here.

Nita Strauss will be opening for Zakk Wylde and Black Label Society during a break in the Cooper tour during May. The dates are as follows: 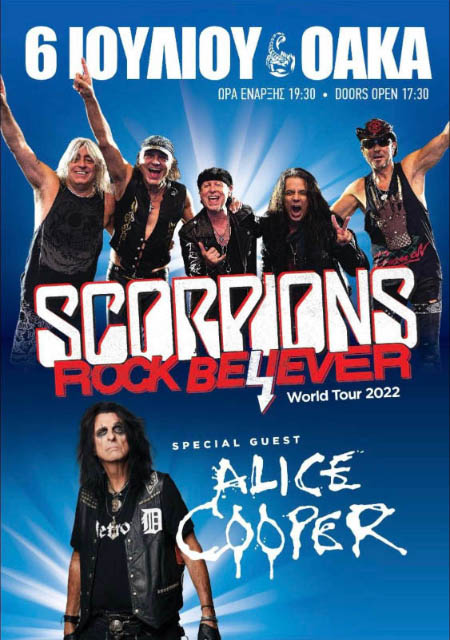