The 2020 Hollywood Vampires tour now has rescheduled dates as listed below. Tickets for previously postponed shows should be valid for these new dates. In the UK it seems Killing Joke will be replacing Primal Scream as the opening act.

In addition to these changes it appears the Alice Cooper shows in Thackerville, OK and Topeka, KS on October 30th and 31st respectively have now been cancelled according to the venue websites. Sadly it looks likely there will be more cancellations to come.
UPDATE: The Regina, Edmonton, Penticton, and Abbotsford shows are now also listed as cancelled on venue sites.

Ryan Roxie’s chat with legendary Elton John/Alice Cooper guitarist Davey Johnstone last night can now be seen on YouTube. If you missed the last few ‘In The Trenches’ broadcasts you can catch up at Roxie’s YouTube channel.

Shep Gordon will be taking part in a ‘Rock and Roll Fantasy Camp’ class on July 26th. As with Alice’s class this is is open just 25 people but is rather cheaper at $100 per person. Details here.

Something Else Reviews look back to the ‘Brutal Planet’ album here. 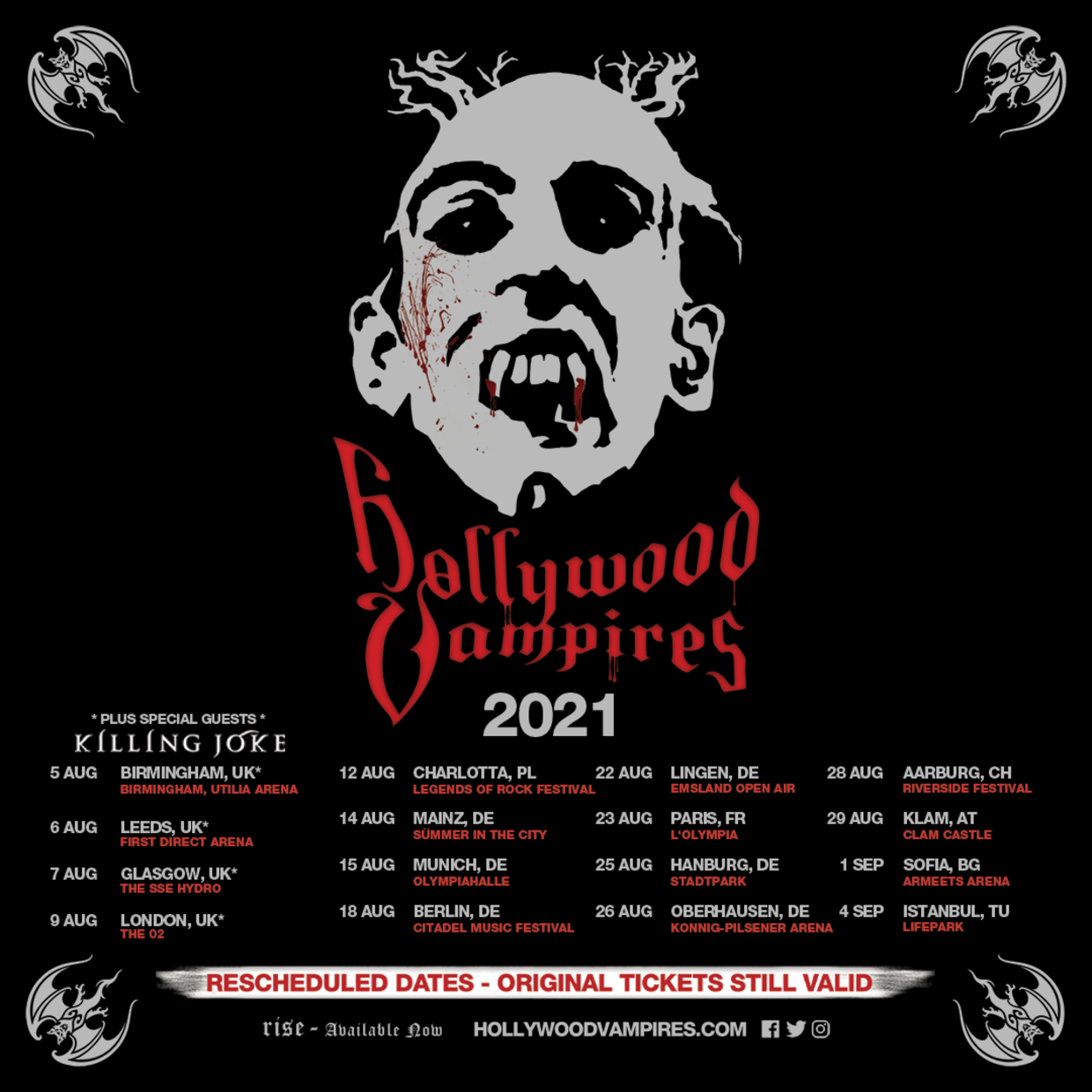