Alice makes an appearance with Desmond Child in Athens

Alice Cooper made an appearance at Desmond Child’s show in Athens, Greece last night, and you can watch him and Kip Winger performing ‘Poison’ and ‘Bed Of Nails’ now thanks to YouTube.
Athens Voice also has a new interview with Alice (try this for a rather dubious Google translation).

While the hoped for livestream from Hellfest didn’t happen, the show at the Graspop festival a few days before WAS livestreamed and you can watch it now on YouTube.

Beatso Blanco (with Chuck Garric and Calico Cooper) will be playing as support to German Band ‘Bohse Onkelsz’ for three shows in July. This means their previously announced show at Rascals in Moline, IL has had to be moved a couple of days forward to July 25th. Refunds are available of you can’t make the new date. All other previously announced shows are unaffected and go ahead as planned. The German shows are:

There’s a new FunkoPop Alice Cooper figure due in November, this time based on ‘Welcome To My Nightmare’ Alice with top hat and tails. It’s available to pre-order now.

And finally here is the full press announcement from earMusic for their version ‘Live From The Astorturf, Alice Cooper’ with details about of the different packages available. 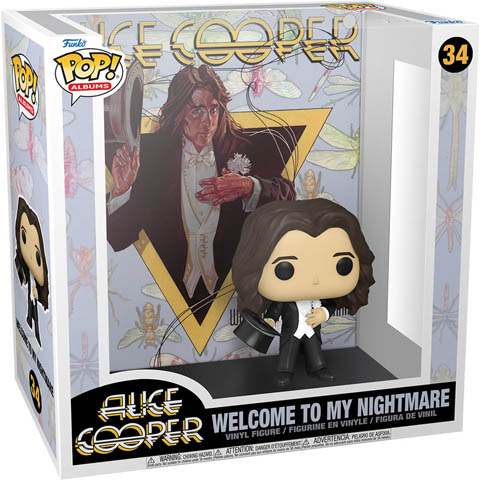