Alice Cooper played his first live show in over a year last night for the ‘CoopStock’ show in aid of ‘Solid Rock’. I was hoping some more info would come in today as to what actually happened but so far haven`t seen anything useful. There was a post that seemed to suggest Chuck Garric was in Phoenix a couple of days ago so maybe that suggests he may have been there. Dash Cooper’s CO-OP were certainly there, as were Brent Fitz and Tommy Thayer. More when I get it!

The Monsters Of Rock Cruise’ to Punta Cana, Dominican Republic that was scheduled for May before being cancelled, has been rescheduled for February 9th-14th 2022 with Alice Cooper still headlining. This time it looks like it’s a proper cruise (rather then a beach party) and you can get more info here.

A reminder that Alice and Dennis Dunaway will be together on WRAT 95.9 tonight with Keith Roth 8-10pm EST time. This will be repeated on May 2nd.

Alice was on Fox 2 Detroit this week for a short interview, talking about the Cooper Tire contest, as well as WTKR’s ‘Coast Live’ and ‘Good Day Rochester‘. He’s also been chatting to AZCentral about the contest as well as his covid situation and CoopStock.

Alice has teamed up with the ‘Cooper Tire & Rubber Co.’ "to scour the nation and identify three talented American garage bands.” The three band finalists were asked to submit an original song, plus a cover of ‘Under My Wheels’ and you can check out their versions at the official site here. Alice also recorded a promo video for the event which is quite amusing. Not quite sure where they originally advertised this thing as this is the first we’re hearing of it and they are already down to the final three… There’s also an Alice-hosted free livestream performance from Evanescence on May 13th at which the winner of the competition will play an opening set.

The annual Detroit Music Awards named ‘Our Love Will Change The World’ as "best national single" and ‘best major budget video’ at last weeks ceremony, while ‘Rock’n’Roll’ was also nominated. Alice briefly appeared on the livestreamed show at around the 1.46 mark, after which Suzi Quatro announces ‘Rock’n’Roll’ as winning the ‘national single’ award! The awards website however confirms it was
‘Our Love Will Change The World’.

Alice will be a guest on ‘Liz Kershaw’s Legends In Their Own Lunchtime’ on BBC Radio 6Music on April 25th at 1PM. Afterwards you will be able to listen to it here.

There’s another new Alice Cooper book just out but this one is different. It’s a ‘Where’s Wally’ style book with cool Cooper themed colour illustrations for you to search out Uncle Alice. You can see illustrations here, and it is listed on AmazonUK but so far they don`t seem to have any available.

Dennis Dunaway and Blue Coupe were guests on ‘Talk Shop Live’ on the Rock’n’Roll Channel last Thursday and you can watch the hour long show now here.

Alice and Dennis Dunaway’s appearance on ‘Keith Roth’s Electric Ballroom’ has been postponed to Sunday April 25th at 8pm EST, and will be repeated May 2nd. You’ll find it here.

Ryan Roxie was a guest on the Envy Marshall Show which you can watch here.

Shep Gordon is in the Hawaii news again at KITV with a short interview and photos.

Alice Cooper’s Solid Rock have announced ‘Coopstock’, a one day live event on April 24th at Las Sendas Golf Club in Phoenix. To quote the press release:" Join Alice Cooper for CoopStock – Music on the Green on Saturday, April 24th at Las Sendas Golf Club from 6 to 11 p.m.! Alice will be joined by Lou Gramm, the original voice of Foreigner, Tommy Thayer of Kiss, and ASIA featuring John Payne for a groovy night under the stars featuring live entertainment, food trucks, auctions, and more, all to benefit the new Alice Cooper Rock Teen Center opening May 2021 in Mesa!" This will be Alice’s first live appearance since the ‘Rock Meets Classic’ collapsed last year due to the Covid crisis. It’s unclear if the band will be there or whether he’ll be using local musicians which seems more likely. Tickets are available here.

The recent Classic Rock interview with Alice is now online here. He also shows up for an hour on the ‘Sex, Drugs, Rock’n’Roll Show’ which you can listen to here.

Alice and Dennis Dunaway will be guests on ‘Keith Roth’s Electric Ballroom’ next Sunday (18th) on WRAT 95.9 at 8PM EST. You’ll be able to listen in here.
UPDATE: Postponed to Sunday April 25th, repeated May 2nd.

Alice is listed to appear at the annual ‘Patrick Warburton Celebrity Golf Tournament’. Although of course it won’t feature an actual golf tournament they will hold the traditional ‘Songwriter’s Night’ on April 20th and a "star-studded" Jam night the following day with as a live stream with Alice scheduled to appear. It will be free to watch (donations encouraged) and you can get more info here.

Alice pops up briefly in a new documentary about French fashion icon Pierre Cardin called ‘House Of Cardin’. Alice Cooper played Cardin’s theatre in Paris back on November 2nd 1971. You can see Alice in the trailer here.

Learn more about guitarist Garret Bielaniec and how he came to be all over the new ‘Detroit Stories’ album in a new article on the Livingston Daily.

Ryan Roxie’s next ‘In The Trenches’ guest on Tuesday will be LA Guns’ guitarist Tracii Guns. You can check this out and previous interviews on YouTube.

Nita Strauss was back on WWE wrestling this week delivering the American national anthem at the ‘NXT Takeover’ event and you can check it out in the video below. Nita also shows up on the ‘Cultaholic Wrestling‘ podcast ahead of the event. 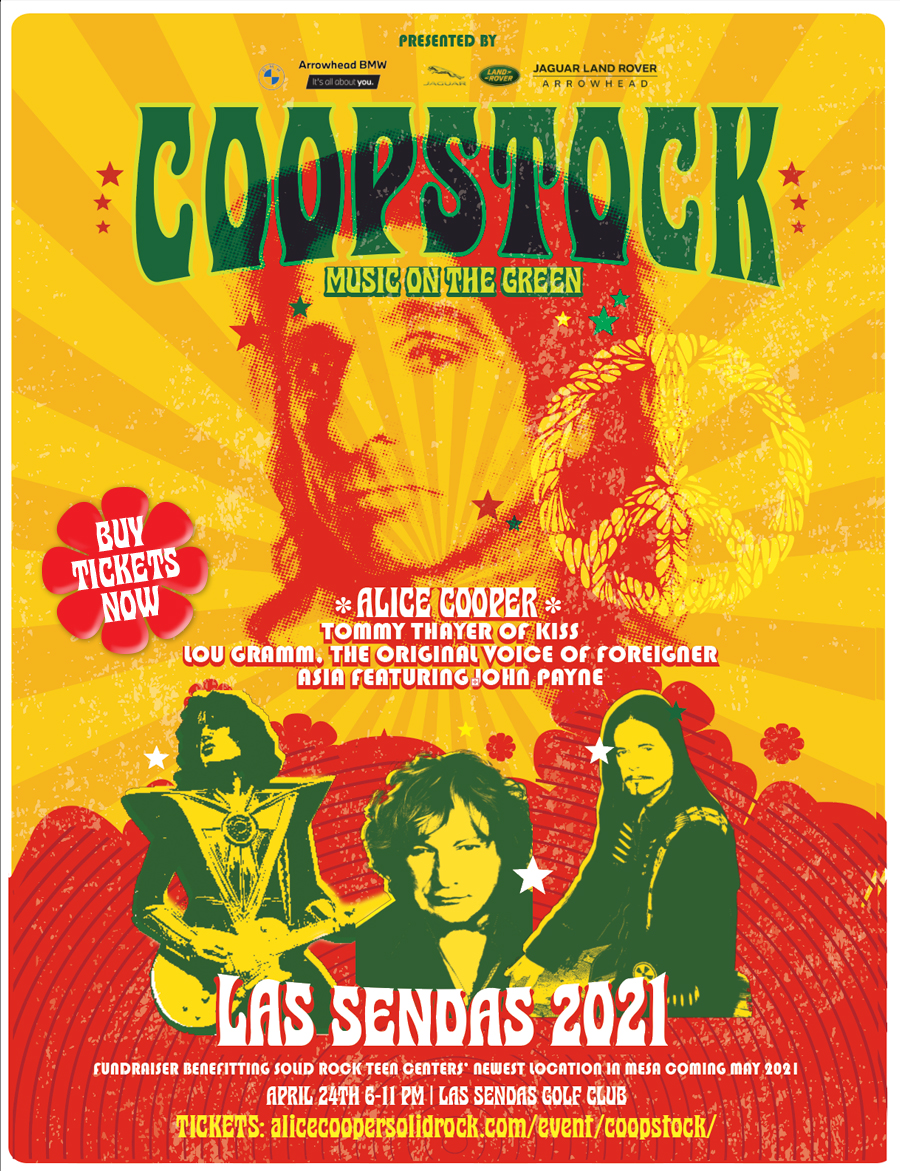