Alice Cooper to perform at The Rock Mesa Opening

Alice Cooper will be performing at the Grand Opening of the new ‘Solid Rock’ Teen Center in Mesa, AZ on September 3rd, backed by the ‘Solid Rock Band’. The event runs from 5.30pm-8pm local time, when visitors will also be able to tour the new center. This is the second teen center set up by Alice and Sheryl Cooper’s Solid Rock charity, the first being in Phoenix.

Alice’s set from Wacken a few years ago will be shown as part of the W.O.A. BBQ today at around 6PM UK time. Presumably this will be a version of the ‘Raise The Dead: Live From Wacken’ film.

Ryan Roxie’s next guest on ‘In The Trenches’ will be his old stage buddy Keri Kelli, who is now playing with Nightranger. Listen in on Tuesday at 5pm UK time.

Alice was at the ‘Day of the Dead’ event in Indianapolis last week for signings, photos, and a Q&A which you can now watch on YouTube.

August 27th sees the release of ‘The Official Alice Cooper Colouring Book’ by Eyesore Merchandising. "Featuring iconic artwork from classic albums and other instantly recognizable images, all printed on high quality paper, in a square format, fully endorsed and officially licenced, these killer designs have the potential for hours of satisfying colouring in." It’s available to pre-order now. 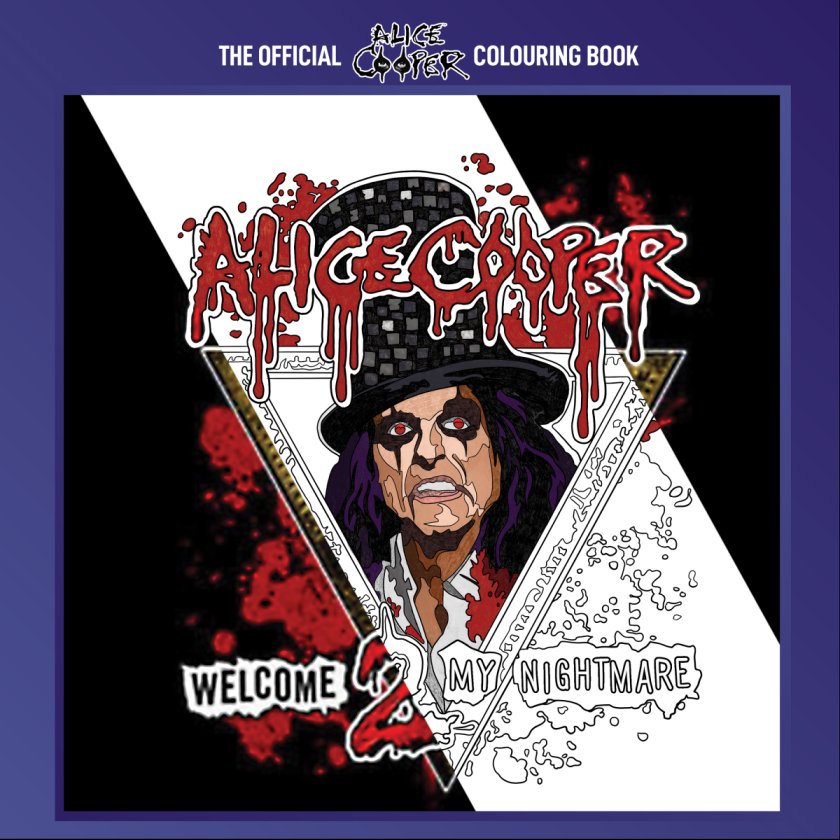 According to the festival site Alice Cooper will be playing the ‘Rétro C Trop‘ festival at the Chateau de Tilloloy in Tilloloy, France on June 25th. Tickets appear to be on sale now.

Another festival date seems to have been announced for next year. Alice will be headlining the ‘Atlas Rock‘ festival in Sweden on June 4th. Tickets go on sale Monday. So far he seems to be the only act announced for the festival.

Dennis Dunaway plays on a new single by TBelly called ‘I Never Want To See Me Again’ which is now available via Bandcamp. There’s also a cool video for the song which you can see below.

CBC in Canada have a new interview with Alice, talking about ‘Detroit Stories’ and the early Detroit scene.

Alice seems to have filmed a new commercial for ‘Progressive Insurance’ recently with Cleveland Browns quarterback Baker Mayfield. The commercial is part of the ‘At Home With Baker Mayfield’ series of adverts and presumably will turn up on Youtube when it is aired.

Beasto Blanco are releasing their recent ‘Freakstream’ webcast on Blu-Ray in mid-August. This version of the film will feature footage not included on the original streaming version of the show, and initial copies will be signed by the band. Be warned however that if you are ordering from the UK shipping and customs charges are likely to cost as much as the disc itself!

Ryan Roxie was interviewed on the ‘2020’d’ podcast a couple of days ago and you can check it out here.

Some tour news this week. The Farmingville, NY show set for September 22nd has been cancelled, and replaced by a show in Utica, NY at ‘The Stanley‘ on the same day. Tickets for the new show went on public sale today.

Additionally Alice has been announced as headlining the ‘Rock The Ring‘ festival in Hinwil, Switzerland on June 18th next year. This is the second European festival to be announced for next June so expect more shows to follow.

Damon Johnson’s new band ‘The Get Ready’ have a series of shows coming up from July 24th in Richmond, IN. including a run of UK shows with Buckcherry at the end of the year. Check out all the dates here. The bands album ‘Battle Lessons’ is out now. 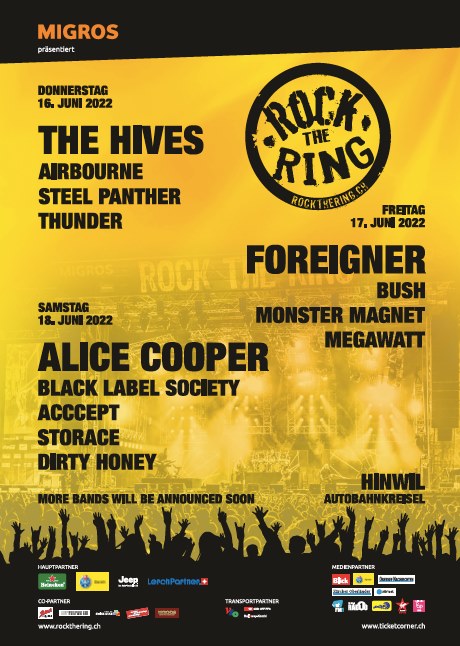 It’s still very quiet in Cooperland but here’s a few things to cover before they become too out of date.

Alice turned up, backed by Dash and CO-OP, to performed the half-time show at the Phoenix Suns basketball match last week and you can see footage here or below. They played ‘No More Mr Nice Guy’ and ‘School’s Out.’

KillerWatt recently had a chat with Neal Smith which you can listen to here.

Recent episodes of Ryan Roxie’s ‘In The Trenches’ podcast have featured Conny Bloom of Electric Boys and the legendary Steve Hunter. Keep up to date on Roxie’s official YouTube channel here.