News is coming in that original Earwigs/Spiders guitarist John Tatum sadly passed away this morning from “complications of alzheimer’s”. He was 71.
John was there at the beginning, the first Letterman’s show at Cortez High that began the whole Alice Cooper story. After leaving ‘The Spiders’ in 1966 he had various bands and toured the world for the USO. Later he became an ‘Ordained Music Minister’ with a bachelor degree in music from Arizona State University, produced a Christian Radio show, and formed the ‘John Tatum Network‘ to develop “empowering and healing tools to help people find faith, hope and victory in their lives.” Through the JTN he continued to play write and record.
I was lucky enough to be in contact with John for a while and interviewed him for this site in 2009 when I found him open, friendly, and happy to answer my questions about his life so many years before as well as being passionate about his faith and more current work.
My condolences go out to his family and friends. 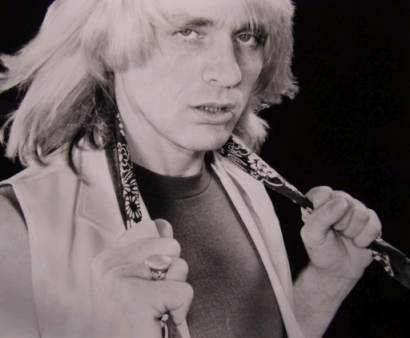